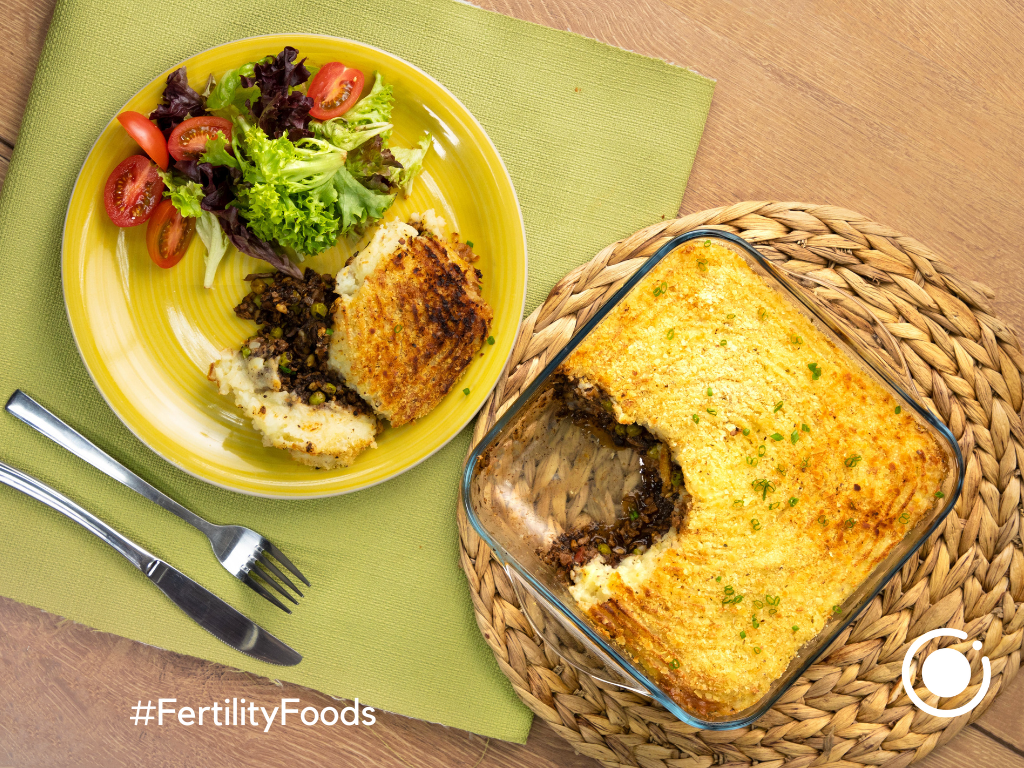 This vegan version of the traditional beef Shepherd’s Pie is a sure pleaser, even for avid meat fans. A juicy, flavourful, vegan-meaty filling- topped with a creamy and hearty potato mash and cheesy crust. Packed with cholesterol-lowering phytosterol in soy and sticky fibre from the potatoes, this is real love for your heart and all the hearts over the festive season.
Research has repeatedly shown that vegans have reduced risk of the world’s biggest killers, including heart disease, type 2 diabetes, obesity and some cancers.

For the Mashed Potatoes:

With thanks to B-well Foods and our friends at The Plant Powered Show, Africa’s premier plant-based food, drink and lifestyle event.