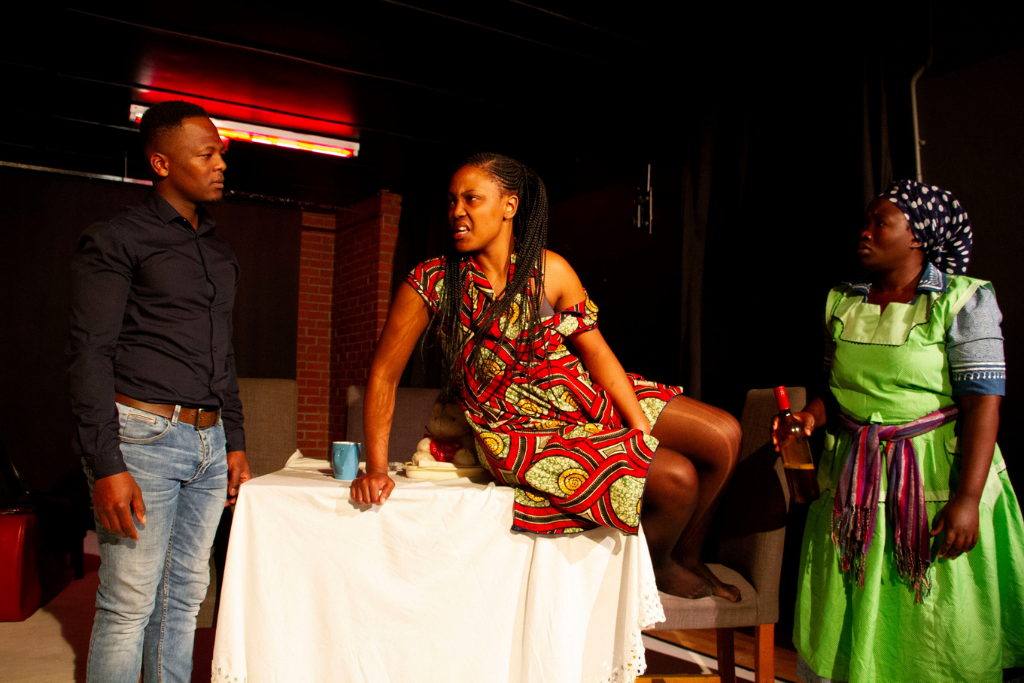 One of the highlights of this year’s Fertility Show Africa (FSA) will be the screening of Curse of the Womb, a new play by Sisa Congress V Makaula III, written and directed by Fleur de Cap winner Lwanda Sindaphi.

In the African culture, a couple is expected to conceive children but, if there is an infertility problem, it is mostly the women who are viewed as the problem, while the men are usually excluded from the debate. Curse of the Womb seeks to interrogate the myth that women who cannot conceive are cursed and Makaula hopes it will educate, inform, and break the many years of gender-based violence because of the falsehood.

Ahead of FSA which takes place online on October 9 and 10, Makaula spoke about the play.

Firstly, give us some background on your fabulous name?
Makaula: (laughs) It’s a long story but the short version is that I was named Sisa Adam when I was born, Congress is my grandfather’s name which was passed to me traditionally to carry over the name, ‘V’ stands for Vusikhaya, a name given to me when I returned from initiation school and which means “I must rebuild my father’s homestead,” Makaula is my surname and I am the third in line.”

How did Curse of the Womb come about?
I’m originally from the Eastern Cape where the issue of infertility is not talked about but seen as a curse. So as a theatre maker I thought I would find a way to break the silence so that people can start talking about it and get help.

Why did you tackle this sensitive subject matter?
I hope to educate society and break the violence and rage that many women experience because they are seen as unable to conceive. The reason we wrote the play is because infertility is a foreign topic to most Black families. There is a perception that the problem is always the woman’s fault. There is a reluctance to look at the science as to why a woman is not becoming pregnant. Women are blamed and no consideration is taken that the man may have a fertility issue or that there may be another medical reason she is not conceiving.

How did you cast the six actors that are in the play?
The cast includes Thembekile Komani, Sibulele Ntlebi, Philani “Steve” Xhaga, Zimasa Nyemende, Siyanda Yokwana, Zinzi Mtshakaza. I had worked with all of them previously, so I knew they would bring the brutal reality of the issue to life.

What has been the reaction from those who have seen the play?
It was recently staged at the Black Box Theatre in Cape Town and the response was amazing. A lot of people who saw the play were not aware men could suffer from infertility.

Will you be touring the country so the rest of SA can see the production?
My dream and hope is that the show can tour other provinces, especially the rural parts of South Africa. For that to happen though I need government and private donors to help financially.

What is the one key message that you want people to take away from the play?
That infertility is not a curse.

What next for Sisa Congress V Makaula III?
I hope the production tours the country and the world, but in the meantime, I will continue writing and producing groundbreaking productions and films.

The Curse of the Womb screening, which will take place on Sunday, October 10 at 14h30, is sponsored by 3Sixty Biomedicine.

Says 3Sixty Biomedicine CEO, Boitumelo Sebambo: “We are proud to support the screening of The Curse of the Womb at FSA 2021 and we are 100 per cent behind its objective to shine a spotlight on the cultural myths and misconceptions associated with infertility. We pride ourselves on being a socially responsible company. Through our communication and campaigns for the Salome range (which provides solutions for issues such as infertility in women with Polycystic Ovary Syndrome), we aim to empower consumers with knowledge to give them the confidence they need to address the often-taboo issues they are faced with and ultimately to get the help they need.”

One Day at a Time for Founder of Waiting Wombs Trust

Could your ovulation tests be misleading you?